How your parents affect your personality.

My parents have loved and sacrificed for me. I would even go so far as to say my mother would have taken a bullet for her children. I was the first of five children and my parents, especially my mother, saw me as the hero of the family. While growing up they both did their best to support, encourage and indulge me.

My mother was born in Greece between the two World Wars when women were seen to be possessions of men. She was only allowed a primary school education as her future was to be a mother and wife. In coming to Australia, she couldn’t speak English, money was a struggle and she was in a culture that saw her as being inferior. She was proud of where she came from but within herself she was alone and felt not good enough. The wife of a wog.

My father who spent most of his life working as a tailor, was a frustrated school teacher. Due to circumstances in his teenage years he was prevented from accepting a highly prized scholarship he had won and to pursue his dream of becoming a school teacher. He always thought he hadn’t made it and wanted me to make something of myself, to become a gentleman. As a consequence, he encouraged me to further my education and obtain a University degree, which I did.

But in spite of all of my parents’ love and support, I grew up feeling insecure and doubting myself. 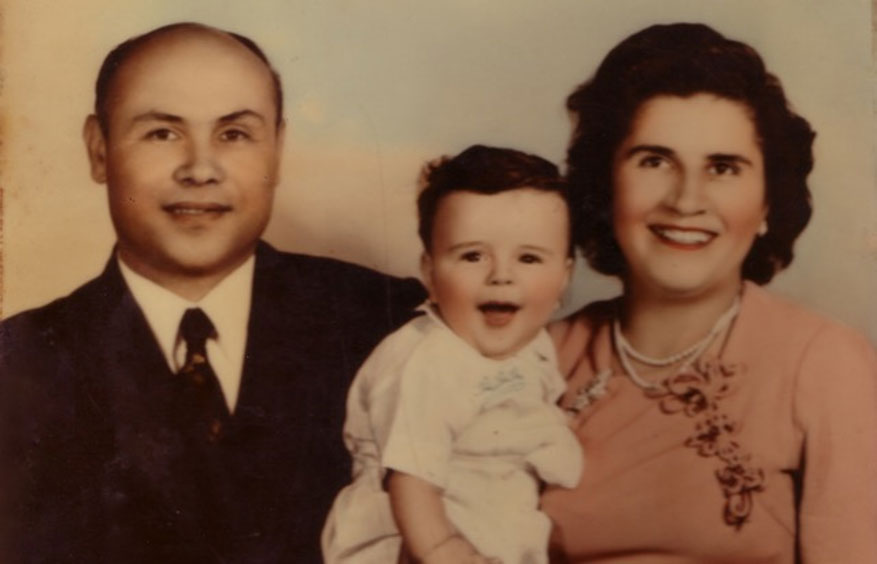 The main way in which your parents affected your life was not by how they treated you but what they believed/felt about themselves. In other words, it’s who they were, not what they did. The first four years is the most important psychological development time of your life and it is at this time the influence of your parents is the greatest.

The mechanism by which this occurs is called morphic resonance. Dr David Hawkins, among others, has come to the conclusion that it is the feeling-state (resonance) of the significant adult or adults in your childhood that determine your personality. For most of us the most significant person in our early childhood was our mother as she was our primary care-giver.

In cases where mother was absent through death, abandonment, illness, work or misadventure then it will be father, grandmother, aunt, nanny, sibling, adopted parent, unrelated adult or institution.

For most people, your mother has had the greatest impact on your life. But she is innocent as she is the child of her own mother and was at the effect of her mother’s (your grandmother’s) personality. From the study of epigenetics, we are told that the transference of inherited pain can go back as far as seven generations.

My mother and father have done the absolute best they could in helping me, they have been both my greatest support and have unknowingly presented me with the greatest challenges in my life.

So, we are born into this life with strengths and weaknesses, advantages and disadvantages and mostly they are inherited – it’s our destiny. Failing to rise above the challenges of our destiny can result in an unhappy life with illness, drug abuse, financial stress, loneliness and anxiety.

I believe that life is benevolent, and far from these challenges being a curse they are a catalyst to transform us. There is a story I tell in the Love & Power workshop.

“I had a dream where I saw myself as a cow in a field with other cows. But unlike the other cows I couldn’t eat my cud and care for my calf, I wandered about bleating and was always restless, because I had a big thorn stuck to my side. Eventually I couldn’t stand it any longer and I jumped the fence and went wandering in the forest lost and alone.

After a long and hard time, I ended up at a pool. Looking down into the pool I saw my reflection and was surprised to see that the thorn had dropped out of my ide and I was no longer a cow. I had become a magnificent being. Meanwhile back at the field the farmer had rounded up the cows and taken them to the abattoir.”

It is a choice I make, whether I see the challenge I face as either a limitation or an opportunity to learn.