What is the Ego?

Several years ago, I worked in one of Australia’s maximum-security prisons as a drug and alcohol counsellor. Once a week I would take a team of eight prisoners through an all-day training, mapping their psychological conditioning and releasing past emotional pain. One of the prisoners, John (not his real name) while lying on the floor after recovering from a powerful emotional release process, pointed at a prison guard who was sitting on a chair in the corner of the room, and said to me “I am not in prison, he’s in prison. The prison isn’t these four walls, it’s here (pointing to his head).”

In that moment, of calm and mental clarity, free of his psychological conditioning, John could see how the prison guard was imprisoned by his patterns of belief. The next week when I met John again I could see that he had fallen back into his old conditioning. Although he remembered his earlier experience of clarity and it helped him recognise the effects of his conditioning, he often wasn’t able to change it.

What is this conditioning? It’s the way in which you and I perceive and experience the world, it’s called, “ego”, “mind” or “personality”, all three words mean the same thing. It is influenced by the experiences of our childhood, the personalities of our parents, societies’ values, the accumulated memory/experiences of our ancestors, our genetic programming and the soul destiny we carry. 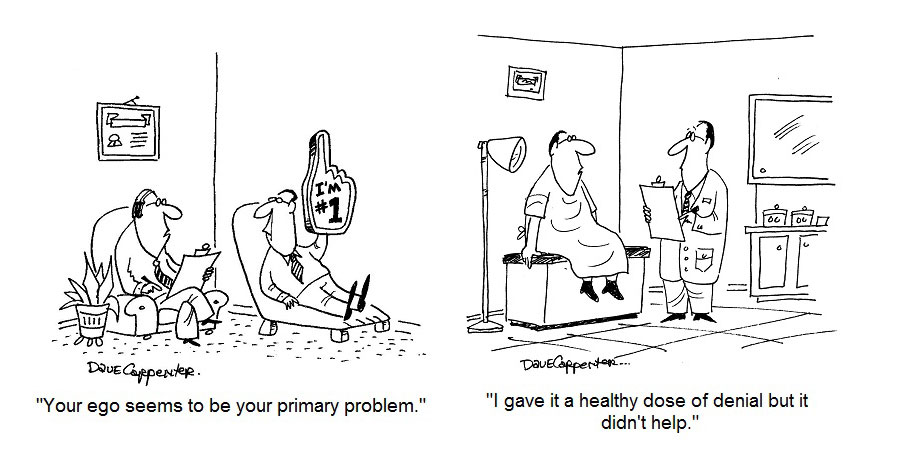 1. Dis-identifying from the Ego/Mind/Personality. To dis-identify from the effects of the ego requires you to recognise that you are not just the product of your physical body, emotions or thoughts. You are something more. You have awareness and can become The Observer, having the ability to see your thoughts and their effects and choosing to separate yourself from them. You could say “This is not me and these things will pass”. There is still something to learn but you have removed the guilt and blame.

It’s like someone making a mistake and instead of thinking “I am wrong and I’ve failed”, they think “What do I need to learn and how can I do it better?

This ego/mind is not a thing, but an event. A thing has substance in it, an event is just a process. A rock is a thing, a wave is an event. A wave is the event between the wind and the ocean, it is a process.

In fact, the ego/mind doesn’t exist, only thoughts exist and they move so fast you can’t see the gap between them and the continuity of thoughts makes it seem like an entity. It’s like a crowd. We call a group of people a crowd and it can seem to have a mind of its own. But remove the connection between people and the crowd disappears and only individuals exist.

The ego/mind is nothing more than the absence of your presence. If you sit quietly and look deep into your mind, the continuity of thinking is broken and the mind disappears. Thoughts are there but the ego/mind is gone, the opinion/attitude/judgement is gone.

When the mind is gone, a second perception becomes possible, you see that the thoughts are not yours. Not a single thought has come from your being. They always come from the outside. You may have taken ownership of them and allowed them to sit with you. But they are like clouds resting on top of a hill. Rootless, homeless they hover. You don’t need to do anything, simply by watching they move on their own and peace is attained.

2. Accepting 100% Responsibility for the Circumstances of Your Life.

You did not create your ego/personality, in fact more than 95% of your conditioned self was in place before you were conceived (well before your birth). You had no chance, this is the destiny you were born into, there is no failure (either you or your parents), neither is it unfair (this is what it is). Accept it and make it work, then life will become easier, more loving and joyful.

By accepting 100% responsibility, your attention is turned inward, you examine your motivations, self-beliefs and possibilities. If you change your beliefs and the way you feel about things, then you will behave differently and have a different and hopefully better outcome. It’s a continual process of refinement. The old adage, change your inner world and your outer world changes, is correct. Then you can become the navigator and captain of your life.